Judy has provided the following reading recommendations for your enjoyment!

An artist moves to New City in the 1970s primed to create. She’s swept up in the circles of other artists and finds herself perhaps too much under the sway or influence of an older man – a successful artist and the heir to an Italian tyre/motorcycle fortune.

The Flamethrowers on bookmarks

ALL MY PUNY SORROWS

The story of Elf and Yoli, two sisters with an incredible bond despite living very different lives. By all external trappings, Elf is the successful sister. She is a world-renowned virtuoso pianist. She’s wealthy and happily married. Yoli is not any of those things.

All My Puny Sorrows on bookmarks

Rinse and drain rice 3 times or until water runs clear. Place in a sieve over a bowl. Set aside for 10 minutes to drain.

The Slap on audible.com

set in a rural Western Australia in the ’60s, amid events such as the Vietnam War, when racism is rife in the country, Charlie Buckton is awoken one night when the town’s token Indigenous troublemaker, Jasper Jones, knocks on his window and asks for his help. What follows is a series of events that leaves book-loving Charlie with the ability to see past his town’s narrow-minded prejudices, and with a better perception of what makes a person good.

Although the big-screen version of this story is told from California, the original novel takes place on the northern beaches of Sydney. An Australian ‘whodunnit’ mystery that takes place in a tranquil but wealthy beachside town.

Winton breathes life into the gumtrees, puts the azure into the ocean and the backstory is limitlessly beautiful, darkly exhilarating and a raw look into the lives of two sun-soaked, salt-crusted adolescents falling too fast into their coming-of-age.

Francesca Spinelli finds herself holding everything together for her younger brother and father at home, while barely being able to hold herself together among the young patriarchy of her new school.

TOMORROW, WHEN THE WAR BEGAN

If you’re looking for a series that will keep you entrenched into the stories of the six Australian rebels taking on an army you finish the seven books in less than a week – John Marsden’s Tomorrow When The War Began is it.

Tomorrow, When the War Began on audible.com

A razor-sharp story of crime and loyalty, set in the brutality of the Australian bush. Australian Federal Police agent Aaron Faulk returns to his hometown after 20 years to solve the murder of his closest childhood friend amid the worst draught in a century. While he deals with the isolation, small-town gossip, and faces the truth of his past, the pace builds into a fantastic stomach-twisting finale that will leave you closing the novel wide-eyed.

The Dry on audible.com

Set in 1889, the book follows Louisa Collins, a 41-year-old mother of 10 children, the first woman hanged at Darlinghurst Gaol and the last woman hanged in New South Wales.

A witty and honest view into the mindset of Don Tillman, an autistic and highly intelligent genetics scientist who has decided it’s time to settle down and take a wife, and designs a 16-page Wife Project. I assure you that after reading this book, you’ll never perceive autism in the same way again.

The Rosie Project on audible.com

A polarizing book. there are those who love it, who hate it, and who spend their entire reading experience vacillating between these extremes. A Little Life follows four college friends through the ups and downs of their lives in any-time New York City.

A VISIT FROM THE GOON SQUAD

A look at the media “spin,” fragmented perspectives, illusory identities, and aimless materialism in a capitalist society.

A story of social class, self-doubt and first love.

SAPIENS: A BRIEF HISTORY OF HUMANKIND

A history of the entire span of human existence, in less than 500 pages. He tackles big questions such as how our species emerged and how we developed religion, nations, money, books, and so much more.

Sapiens: A Brief History of Humankind on amazon

QUIET: THE POWER OF INTROVERTS IN A WORLD THAT CAN’T STOP TALKING

Defines what it means to be introverted, how extroverts have come to dominate our culture, and the many contributions introverted people have brought us.

Quiet: The Power of Introverts in a world that can't stop talking on amazon

THE DIARY OF A YOUNG GIRL

A hugely important, widely read diary of a young girl in Nazi-occupied Holland.

The Diary of a Young Girl on amazon.com

One of the most memorable entries in the crowded field of memoirs about unhappy families. Walls’s parents were idealistic and unconventional to an extreme, eventually sinking deeper and deeper into dysfunction.

The Glass Castle on amazon.com

The story of Chris McCandless, who walked into the Alaska wilderness and four months later was found dead. Krakauer explores what drove McCandless to set out on this journey.

Into the Wild on amazon.com

When she was 15, Malala Yousafzai was shot by the Taliban on her way to school. She went on to speak before the United Nations, become a symbol of peaceful protest, and win the Nobel Peace Prize.

I am Malala on amazon.com

I KNOW WHY THE CAGED BIRD SINGS

The first and most famous instalment of Maya Angelou’s autobiography. It’s a powerful, inspiring tale of struggle and determination in the face of abandonment, violence, and racism.

I Know Why The Caged Bird Sings on amazon.com

Recently published, this book was a huge bestseller. In it, you can learn about Michelle Obama’s life and journey to the White House.

In this book, the author of Eat, Pray, Love offers her theories of creativity and demonstrates how to foster creativity in our lives. She shows how to face our fear and harness inspiration to do the work we want to do.

Books for Children of all ages

Harry Potter and the Philosopher's Stone
by J K Rowling

The Hunger Games
by Suzanne Collins

The BFG
by Roald Dahl, illustrated by Quentin Blake

Winnie-the-Pooh
by A A Milne, illustrated by E H Shepherd

The Cat in the Hat
by Dr Seuss
An unexpected guest turns a rainy day into a heart-pounding adventure.

Charlotte's Web
by E.B. White, illustrated by Garth Williams (1952)
A story of true friendship between Wilbur the pig and Charlotte A. Cavatica, his spider saviour.

Northern Lights (from His Dark Materials trilogy)
by Philip Pullman

The Lion, the Witch and the Wardrobe
by C S Lewis

The Arrival
by Shaun Tan (2007)
Feel what it’s like to travel to a strange new land.

Bark, George
by Jules Feiffer (1999)
He meows, quacks, oinks, and moos, but why can’t George the dog bark?

The Book of Three
by Lloyd Alexander (1964)
The heroic adventures of Taran, Assistant Pig-Keeper in the mythical kingdom of Prydain.

The Borrowers
by Mary Norton, illustrated by Beth Krush and Joe Krush(1953)
A small world is perfectly created in this fantasy about the miniature people who live beneath the floors of quiet old houses.

Brown Bear, Brown Bear, What Do You See?
by Bill Martin, Jr., illustrated by Eric Carle (1967)
A gentle rhyming delight in a story time classic.

Caps for Sale
by Esphyr Slobodkina(1938)
Naughty monkeys prove a challenge for an innocent cap seller.

Harry Potter and the Sorcerer’s Stone
by J.K. Rowling (1998)
A down-trodden orphan is summoned to an elite academy of wizards to fulfil his destiny.

Hatchet
by Gary Paulsen (1989)
When his plane crashes in the Canadian wilderness, Brian and his single hatchet must survive the wild elements alone.

Locomotion
by Jacqueline Woodson (2003)
When his teacher introduces him to poetry, 11-year-old Lonnie Collins Motion finds a new way to talk about his friends, his family, and even his crabby foster mother. A verse novel for the ages.

A Chair For My Mother
by Vera B. Williams (1982)
Glowing colours add cheer to this story of the wonderful day when there is finally enough money to buy Mama a new chair.

Chicka Chicka Boom Boom
by Bill Martin, Jr., and John Archambault;
illustrated by Lois Ehlert (1989)
The letters of the alphabet climb a coconut tree with riotous results. A rollicking introduction to the ABC’s.

Corduroy
by Don Freeman (1976)
A little stuffed bear searches in vain for the button that will help to get him adopted.

Curious George
by H.A. Rey (1941)
One cheeky monkey plus one man in a yellow hat equals a whole lot of trouble.

Don’t Let the Pigeon Drive the Bus!
by Mo Willems (2003)
He’ll try to talk you into it, but whatever you do don’t give in to this snarky city fowl’s demands.

Frog and Toad Are Friends
by Arnold Lobel (1970)
Toad’s a worrier and Frog’s laid back, but no matter what their differences, these two friends are there for one another.

From the Mixed-Up Files of Mrs. Basil E. Frankweiler
by E.L. Konigsburg (1967)
Claudia chooses the Metropolitan Museum in New York City as the elegant hiding place for herself and her little brother when they run away from home.

George and Martha
by James Marshall (1972)
A pair of hippopotami navigate the highs and lows of a perfect friendship.

Go, Dog. Go!
by P.D. Eastman (1961)
A strange little Zen easy reader with a madcap energy entirely of its own.

Grandfather’s Journey
by Allen Say (1993)
A young man struggles with both loving his new land and feeling homesick for the Japan he left behind.

The Graveyard Book
by Neil Gaiman, illustrated by Dave McKean (2008)
Brought up by the Dead, Bod is hunted by an assassin, befriends a murdered witch, and prepares himself for life beyond the burying ground.

Harold and the Purple Crayon
by Crockett Johnson (1955)
With crayon firmly in hand Harold creates whole worlds for himself and his readers.

Harriet the Spy
by Louise Fitzhugh (1964)
Shocking in its honesty, Harriet spies on friends and strangers alike until her secret observations get her in trouble.

Miss Nelson is Missing!
By Harry Allard, illustrated by James Marshall (1977)
The truly terrible children of Room 207 are about to meet their match in the odious Miss Viola Swamp!

In the interest of health and safety West Village will be conducting sales inspections via appointment only. Please contact our sales team to organise a time that suits you.

Stay safe, and as always, thank you for your support.

Sign up to receive the latest newsletters, exclusive events information and much more. 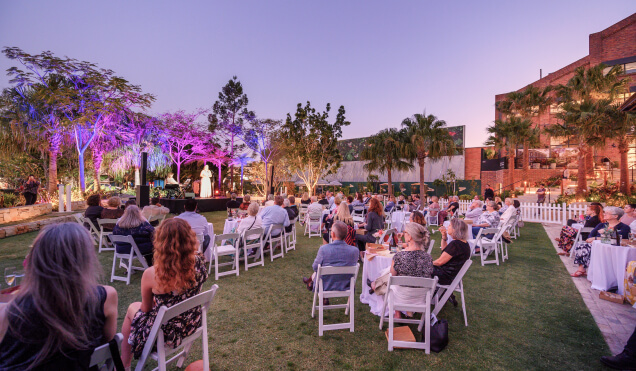